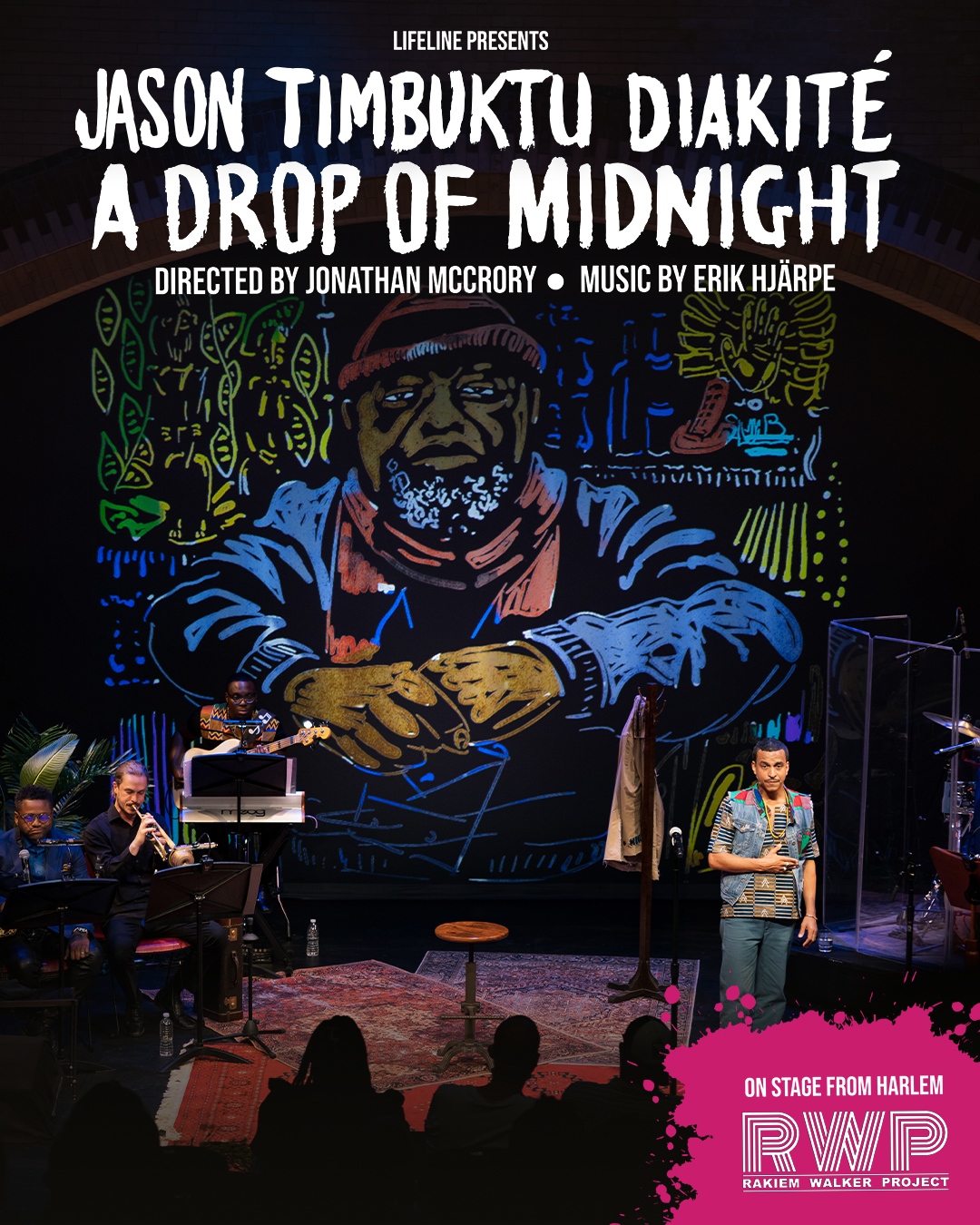 In november 2016 Jason Timbuktu Diakité´s book “A Drop of Midnight” was released. The next year Jason made his debut in the world of theatre with an acclaimed Swedish stage performance based on the book, enclosed with music from a brand new soundtrack. The book and show is a moving survey of Jason Diakité´s identity, belonging and family history – from the enslavement of his ancestors in South Carolina to the 2000s in Sweden.
The English translation of the book has sold over 60 000 copies in the US and the UK and will now be a show this time with Harlem based band The Rakiem Walker Project. It had its premiere in a full house at the Harlem Stage in New York in June 2022.

This transatlantic show will now return in a new guise to Swedens stages in the autumn of 2022!
The book “ A Drop Of Midnight ” has been processed and dramatized again by the acclaimed director Jonathan McCrory so the show through animation and partly completely new monolouges and music mediate Jason Diakité´s private and touching family chronicle.

Jason depicts his ancestors enslavement, the Afro American civil rights activism, his parents love beyond ethnicity, growing up in Lund and ofcourse Hip Hop – which makes him aware as a young man and came to be his strongest tool against injustice.

*The original live performance in Swedish in 2017-2018 (En Droppe Midnatt) was directed by Farnaz Arbabi, processed by Eva-Maria Dahlin with scenography by Jenny Kronberg. The current performance that had premiere in Harlem and toured in November-December 2022 is dramatized and directed by Jonathan McCrory

Total time: about 90 minutes without breaks
The show is in english.

A Drop of Midnight was originlly directed by Farnaz Arbabi in Swedish will now again become a strong story that will come to life on stage in English in a colourful hybrid of monolouges, dialouge, music with deep roots in jazz tradition, hip hop, funk and soul.
All this will be performed live on stage by Jason Timbuktu Diakité together with the show’s composer Erik Hjärpe and the Harlem based band The Rakiem Walker Project who are visiting Sweden for these few exclusive performances autumn 2022.

Rating 4 out of 5
“When Jason Timbuktu Diakité takes his family biography “A Drop of Midnight” to the stage it is very, very good.”
Aftonbladet

Rating 4 out of 5
“To get in so much content with such high quality in 90 minutes is inconceivable.”
Expressen

“The message in Timbuktus show lands right in the heart.”
Sydsvenskan

“..a naked honesty and a seriousness that really instills respect.”
Norra Skåne

A Drop Of Midnight 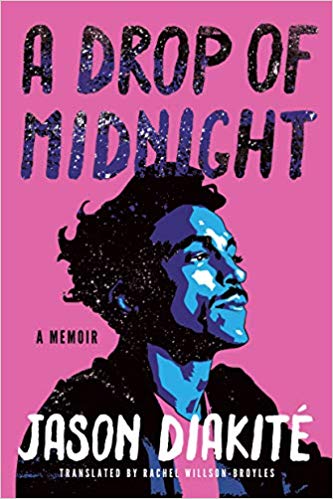 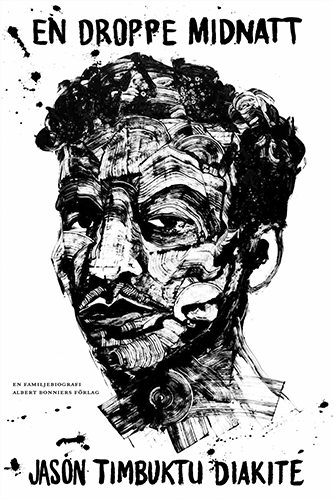 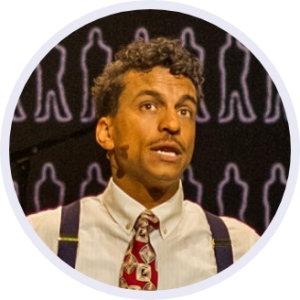 I spent all of 2015 and most of 2016 researching and writing my book A Drop of Midnight. That constituted the longest continuous break from writing and recording music that I had ever taken. However, the deep sense of meaning that I felt while spending time researching my family, people, and countries’ history, eclipsed anything I had ever worked on before. When I, at last, had to send the book off to the printers my soul was ambivalent. Yes, I felt a joy and satisfaction of having completed a monumental task, but I also felt a sorrow over having to leave these histories and these conversations with my ancestors. I ached to find a way to prolong my presence in that world. At my first reading of the book, held at Ginny’s Super Club in Harlem and hosted by my brother Marcus Samuelsson, and my dear friend Erik Hjärpe .

But let me take you back to the beginning, before I even knew I was working on a memoir, before these conversations with my ancestors and their histories, their stories. One dreary winter afternoon in January 2015, I was sitting down having a cup of coffee with my father. For some reason he started to tell me story of how he drove from Harlem, New York on his way to Harlem, Georgia in 1965. He was moving there, to be with his then girlfriend whose people came from there. I had never heard of this ‘other’ Harlem before. Before my father left New York, his car was broken into, thus when he finally drove south, his side window in the back was smashed. My father was in a suit, and he was very specific to point out that he was wearing a pair of fifty-dollar shoes. Church’s. My grandfather thought the price way too high to pay for a pair of shoes. My father dismissed him as not knowing what fly fashion of the day was. Outside of Lexington, South Carolina my Dad was stopped by the cops who then drove him to the Sheriff’s station and decided to keep the car. My Dad was told to spend the night in a motel. My fathers’ very real fear of being lynched in the middle of the night caused him to, ironically, climb up a tree to be safe. He spent the night sitting high up in the branches in his expensive shoes. I found this story so tragic and comical I decided to write it down verbatim. That story was how I started on the multipronged project that is A Drop of Midnight.

A Drop of Midnight is and has been by far the most meaningful work I have done to date. From January 2015 when I penned the first words that would later become my family memoir, until today. This work has resulted in a book published in the Swedish, Norwegian language and English, a stage performance in Swedish, an album of original music, a documentary film in the making, and now finally an adaptation for the stage in English.
The journey that this work has taken me on is a testament to the unexpected nature of creativity. Initially it was the need to connect my roots and draw a map of my heritage and origins that started me on this project. My identity is a mosaic, a patchwork of countries and cultures and as far back as I can remember I have been asking myself: where do I belong, where is my home? While writing it became very clear to me how migration is a family tradition and for each generation a new piece has been added to our family tapestry.

While earlier iterations of this work where focused on summoning my ancestors, connecting myself to them and being in conversation with them, the American adaptation that Jonathan McCrory and I have worked on also passes that legacy forward to my children and beyond. Above all this work is a matter of personal healing and meaning. When I hold the jar of cotton I picked on a field where my ancestors may have slaved and in my other, I hold my daughter’s hand, progress and legacy become physical, opening up a dimension of gratitude and understanding for gift that was given to me and that I am now passing on. I turn to the ancestors and say thank you and then to the future and say go forth.